No Widgets found in the Sidebar Alt!

Lakeside has had a broad variety of Guests staying with us from all over the world. This year we have had the pleasure to host some interesting people.

During the 2012 Olympics in Weymouth, Lakeside Guest House was very pleased to be Host to the New Zealand Trainer for the Women’s Laser Class – Scott Leith – We learnt lots about competitive sailing and the the culture of the Kiwis …. Now That was interesting! But also taught some of that Dorset Culture for Scott to take down under. 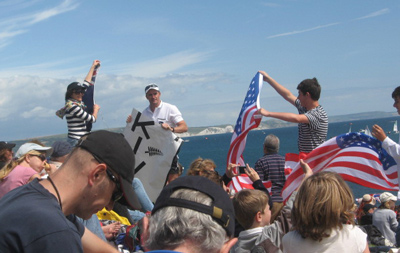 Scott in action cheering on the Kiwi Sailors! Note the professional banner! 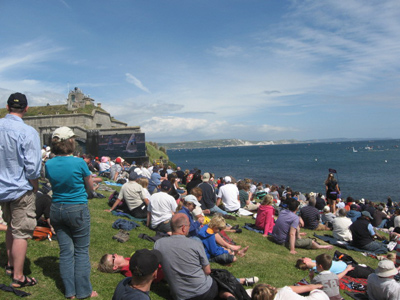 The Nothe (Pronounced as stove) Gardens Olympic Viewing area where all the action was in 2012.

Meet the Bartholomews from Newbury! 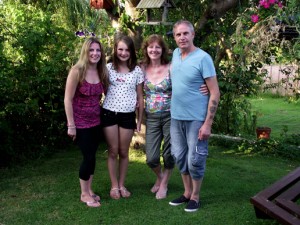 Taking advantage of the Lakeside Guest House August Offer the Bartholomews from Newbury came and tasted the delights of Weymouth. Jim, Pauline, Marie and Leah enjoyed a lot of the Lakeside tea and we were suitable entertained by Jim and Marie! Being keen bird watchers they took this photo of birds on Radipole Lake. 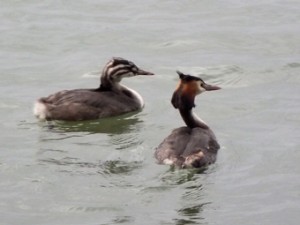 Pauline managed to get up early one morning and take this picture of the sunrise over Weymouth from the balcony …. then of course back to bed to enjoy some relaxing Lakeside sleep in the Double Room before tucking into Lakesides Scandinavian Breakfast Buffet! 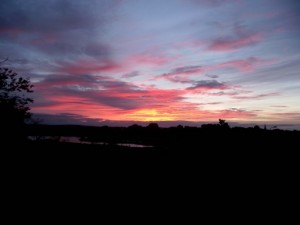 During April, Lakeside also had a very nice group of French holiday makers who came to catch up with all the sights and previous visits to Weymouth. They seized the opportunity to entertain in the large Lakeside Kitchen with a French Evening of good food and company. Cooking a delicious dinner of Crepes filled with a mushroom sauce preceded by an aperitif of smoked salmon and sardines. Delicious!

Our Guests enjoyed their stay in Weymouth and even got to taste English Trifle, another secret that awaits at Lakeside!